The Finnish Nature Photo of the Year competition (Vuoden Luontokuva) is the largest competition of its kind in the Nordics. Read how SLV migrated their service from Public Cloud to Datalounges Kubernetes platform.

Finnish Nature Photographer’s Association (Suomen Luonnonvalokuvaajat SLV ry later called SLV) with its close to 3000 members is the biggest in Europe. They have organized Vuoden Luontokuva -competition (The Finnish Nature Photo of the Year) since 1981. Year 2020 there were over 15 000 nature photos participating from close to thousand participants. They needed a software for participants to upload competition pictures (size limited to 5 MB). Since very few of the photographers are IT-specialist they needed an easy to use application running even in old computers with various operating systems. Competition is open for everyone – only the photo has to be taken in Finland. That is why also a registration was required and notification of that has to be send to the participants mailbox. Since SLV is having very limited IT resources, also the management of the software had to be built to the level that almost anybody with hands could configure everything through the Admin-interface.

SLV did not write a proper specification of the requirements before the project started. First it was about participants registration and uploading the competition pictures. Then it was extended to include functionality for uploading original camera RAW-files, which were required from around 300 highest ranked photos. These files can be up to 500MB in size since there are panorama-, HDR- and other photos compiled from several original files. Later a functionality to make the work of judges easier were required in the software.

The required system capacity was a surprise. Although the competition is open for a couple of weeks to participate still close to hundred registration are done and over three thousand photos are uploaded during the last two hours. Additionally, today’s users tolerate very short response time. The competition software was required to scale automatically while keeping the response times acceptable. Especially the peak time use was a challenge initially with a virtual machine based solution, but also running the service in a public cloud was challenging, because of the lack of personal support and difficulty of predicting the costs.

Flexibility of the service provider is also needed. The application and its database must be easy to move over to other more economical and or powerful service platform.

Still the most critical need was the software to enable correction and upgrades while running without participants noticing. SLV was learning during the process, getting new ideas based on user feedback and required various changes while the application was up and running. The underlying technology needed to support these needs.

The software supplier chose to containerize the competition software for the photography contest for horizontal scalability to better respond to peak time demand. When deploying the new version of the software, programmers chose containers to version the software and later on Tuuli Cloud used its CI/CD capabilities in the software for rapid delivery and automation of builds. These builds where then deployed to a containerized Harbor -private repository, which scanned the packages for vulnerabilities.

This DevOps automation allowed the software development to rapidly respond to requirements for enhancements by competition participants and competition judges.

The solution was first run on public cloud but then migrated to Tuuli cloud to better meet the Association’s requirements to run the Vuoden Luontokuva -competition. Containerized DevMesh was deployed to a Tuuli Managed Kubernetes service, which spanned the competition software containers. The solution was managed by Datalounges R4DAR to collect logs data during the competition and to monitor the performance of the solution.

The Association finds it very easy to work with solution developers and competition participants didn’t notice any extra delays during the software updates.

Year 2020 competition was successfully run in the Datalounges Tuuli Managed Kubernetes -platform. Most notably the software originally developed to run in containers in a Public Cloud was successfully migrated and enhanced to run in Tuuli Cloud. Scaling the application worked as expected and the latency issues for network and S3 storage where fixed with Datalounges infrastructure engineers. A notable benefit of the Tuuli Managed Kubernetes was that as Datalounges has control of the infrastructure, it was possible to tune the storage and the network to match the requirements of the competition software at peak time usage.

contained numerous security vulnerabilities. Harbor scanned images where migrated to an alternative version of the container image to significantly improve the security of the competition software.

SLV was also able to monitor continuously the performance and operation of their competition platform with R4dar and avoided the worry that their well-known competition is not meeting the expectation of its participants.

SLV have been getting lots of positive feedback. Easy-to-use and fast is the most common feedback. SLV is happy that there were no hick-ups even at the rush time and the updates to software can be done when the system is live. 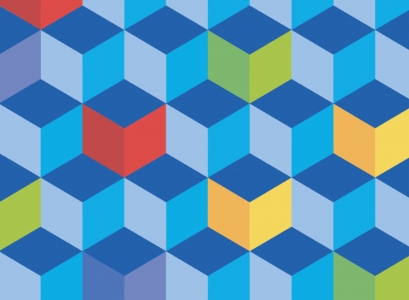 BloggausContainers are going mainstream, but so far mostly in Public Cloud

Judging by the topics of the virtual technology summits of 2020, it definitely appears as if everyone is in the business of Lue lisää..