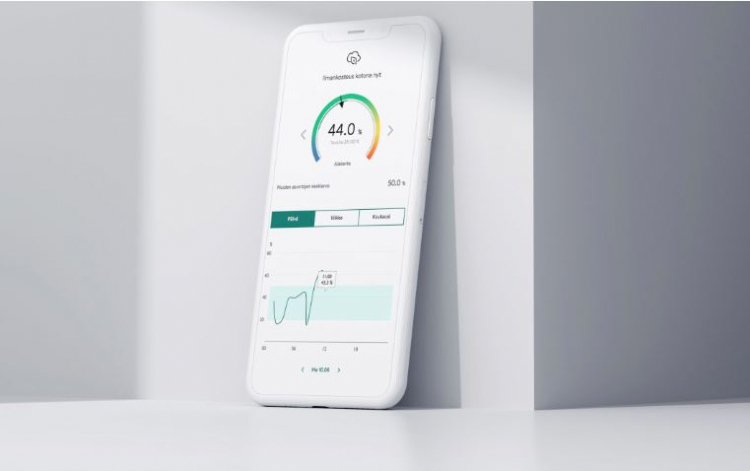 Around the world, the need to make buildings more energy efficient and reduce CO2 emissions is becoming increasingly important. One significant way to achieve this is to give building inhabitants new ways to more precisely monitor their temperature and humidity – and give accurate, timely feedback to energy providers. In the Fortum case, a way was sought to optimize the entire heating system, not only according to the current outdoor temperature but also based on a building’s indoor temperature and humidity.

From an idea to concept and valuable service

The starting point for this project was in June of 2016, as part of Fortum’s accelerator program, which provides a framework to conceptualize, design and test new services in a lean and customer-centric way. The potential of digital services to provide a significant differentiator in competition with other heating methods was identified, and it was noted that, when done correctly, digital services could enable significant customer value that would otherwise be unattainable.

Futurice and Fortum used the Lean Service Creation (LSC) methodology to co-create a successful energy optimization service. The project began with validating the end user problem as one worth solving. After the first concept was defined, it was immediately validated with the end users and then moved forward to build an Minimum Viable Product (MVP), which included both the initial design and development phases of a mobile web application.

The concept was based on project partner company’s Leanheat optimization product. The result is a service that allows each end user to monitor and adjust their building’s climate and send timely, accurate feedback. With this solution, the entire heating system can now be optimized, not only according to the outdoor temperature but also based on a building’s indoor temperature and humidity.

After very positive feedback Fortum decided to scale the initial service to include not just building residents, but also housing companies that are responsible for apartment management and maintenance. In this second phase, building managers are provided with regular reports that offer an overview of their entire housing company heating profile, including both the current situation and also the historical data.

The service is now available to approximately 15,000 homes in Finland, Poland and Norway. This strong growth is expected to continue, and the service will be expanded by introducing new features such as water consumption monitoring.