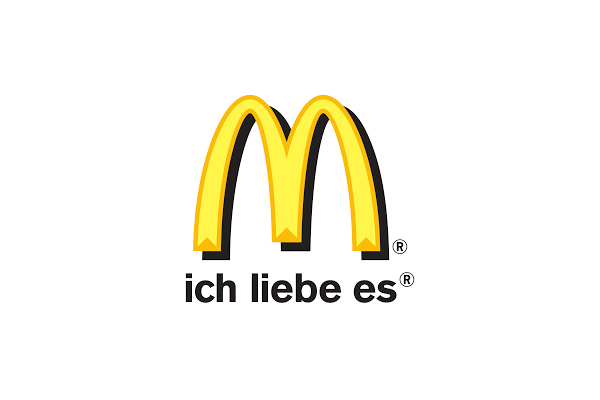 In Germany, McDonald's is successfully connecting its suppliers to Basware pdf e-invoice.

McDonald’s is a world leader in chain catering. The brothers behind the name, Richard and Maurice McDonald, served their first freshly made burgers in the Californian city of San Bernardino in 1940. Since then, their former family business has developed into a global restaurant chain. In 2015, the company had 1478 branches in Germany alone, with a total of around 58,000 employees catering to their guests’ needs. McDonald’s owes its success to its strict quality standards, which the company not only places on itself but also on its 30,000 suppliers and service providers in Germany. The company faces a logistical challenge, as its accounting department is inundated with thousands of paper invoices each year. The German headquarters in Munich alone has to handle approximately 270,000 invoices annually. McDonald’s manages this Herculean task with the help of software from Basware, which has allowed the company to significantly optimize the way in which invoices are processed.

McDonald’s runs some 13% of its German branches itself, while the others are managed by independent entrepreneurs. The burger giant contracts an impressive 30,000 suppliers, including countless small businesses and microenterprises, such as gardening firms and manufacturers of kitchen utensils. A good 85% of the total invoice volume at McDonald’s Deutschland is received from approximately 120 companies. These companies, selectively chosen to deliver the highest quality with the greatest possible efficiency, form the backbone of the complex McDonald’s supply chain.

Until 2002, one of Basware’s competitors managed the electronic invoices receipt from the 120 core suppliers. “We were impressed by Basware’s pricing and market presence,” recalls Daniel Voigt, Senior Manager of Process Management for McDonald’s Deutschland, who is in charge of electronic invoice processing. Basware’s pricing is set per invoice, including helping suppliers to connect to the service for sending electronic invoices to McDonald’s. After being contracted by McDonald’s, it only took Basware a few months to fully migrate the company’s largest suppliers to the service. Since then, the Accounts Payable department at McDonald’s has been able to process structured invoice datafully automatically, allowing invoices to be sent to the appropriate cost center managers for approval without the need for manual intervention.

However, smaller suppliers continued to send paper invoices at first. With a volume of only 50 to 100 invoices each year, it was not worth the outlay to migrate these suppliers. Furthermore, small businesses rarely meet the technical requirements to send electronic invoices. It was therefore up to the employees in the Accounts Payable department to open, sort, scan and code all incoming paper invoices before forwarding them to the relevant cost centers for approval. “As you can imagine, this situation was far from ideal in terms of adding value to the company,” Daniel Voigt recalls.

Successfully connecting suppliers thanks to the pdf e-invoice solution

In 2011, the German parliament passed the “Tax Simplification Law” (Steuervereinfachungsgesetz), which allows companies to send invoices by email in PDF format. This meant that even small businesses were able to move on from paper. However, there is a catch. This new legislation does not provide much savings potential for invoice recipients, as staff in Accounts Payable departments still need to manually transfer all of the data from the PDF invoices into their own accounting systems. McDonald’s is overcoming this obstacle with the help of Basware PDF e- nvoice. The suppliers create an account in the Basware Commerce Network and subsequently send their PDF invoices to the network instead of directly to McDonald’s. Basware then reads in not only the header and footer data but also each line item, and checks the VAT compliancy against the German VAT law (Umsatzsteuergesetz). The Accounts Payable department at McDonald’s can therefore work with structured data and process it automatically. To make it easier to visualize the data, Basware also supplies the corresponding PDF image to users. The advantages of this process are that no errors occur during automated data transfer and less time is required to process each invoice.”

Early results from pilot projects with suppliers have shown that it now only takes seven days for invoices to be processed after they are received instead of the 20 days that it took previously. This means that McDonald’s can more often profit from early payment discounts. “This software has surpassed our expectations,” Daniel Voigt concludes. Using Basware PDF e-Invoice, McDonald’s is hoping that at least 90% of their total incoming invoice volume will be received and processed electronically by the end of the year. When this milestone has been reached, Daniel Voigt wants to connect McDonald’s franchisees to the system. “Many suppliers also work for our franchisees. As you’d expect, we want our franchise partners to profit from this software too.”
Read more customer stories >

“Basware pdf e-invoice helps us save time and money when processing invoices, I would choose Basware again."